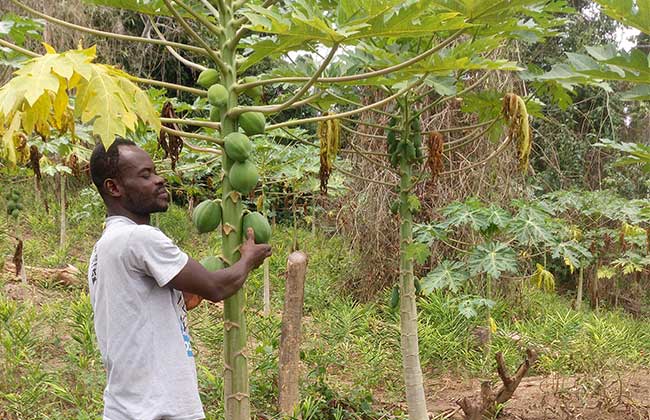 Komenan dropped out of school after failing the undergraduate exam. This failure was hard felt by the teenager who dreamed of embracing the career of international lawyer later. He then began a difficult period during which he became a driver for a caterer in Tiassalé before starting farming 10 years ago. He currently farms small banana, cassava and papaya fields.

Komenan asks the support of the supporters to increase by 1 ha his plot of papaya trees.

Father of 5 children, Komenan hopes that the difficult moments lived a few years ago are now behind him to see the prospects that this project opens to him.