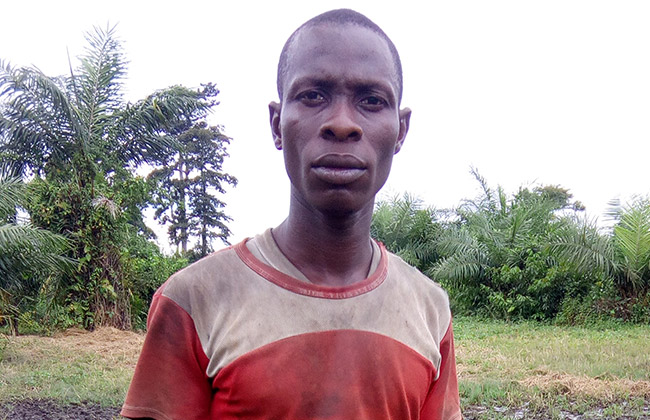 Tizie has lived in the village of Brihiri for 30 years. The socio-political crisis that Côte d'Ivoire has been going through since 2002 has left him with some trauma, particularly due to the kidnapping he has suffered.

During his childhood, Tizie never went to school because his father preferred to keep him at his side for country work. A few years later he decided to learn masonry. However, as the low income from this activity did not allow him to cover his family's needs, he eventually returned to the land to grow cocoa.

Tizie fights as hard as he can to increase and diversify his income because he has 11 mouths to feed.

It is in the hope of carrying out his project of a rice plot on 1 ha that he solicits the support of the supporters.

Tizie aims to open a small restaurant in his locality where the rice from his future harvests can be eaten.